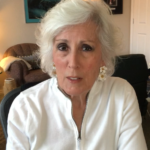 Last week a social media post appeared in my name, causing unexpected backlash, primarily from members of the forum, “Surprise You’re Autistic.” Before going any further, I want to apologize for the distress this post caused to members of that forum, their families, and to others who may have been caught up in the distressing comments flying back and forth.

It is entirely my fault that this post appeared as it did. I did not view the post before it went out. I didn’t edit it. I let it slip by for no reason, other than I was preoccupied with personal matters (three aging and dying pets, etc.). I should have halted all operations while I was taking care of personal business. I am sorry that I didn’t heed my own advice of taking care of myself first. I tried to juggle too much at once. As a result, several people were offended, or hurt, or simply confused by Dr. Marshack’s odd post.

When the first complaints surfaced, I didn’t respond right away. I assumed it was just one or two people who objected to my professional opinion. In my 40 plus years of professional practice, I am no stranger to controversy.

However, when the complaints started to flood in on social media, I made an attempt to answer the questions and comments, but it didn’t seem to help. In fact people grew increasingly more angry and threatening toward me, which was confusing. You see, I hadn’t yet looked at the offensive post, so my responses may have sounded off point.

None of the complainants had specified which post was bothersome to them. Instead they complained that I was dangerous, incompetent, cruel, and worse, using derogatory words. Finally, I asked a complainant to send me the offensive post, so that I could take appropriate action. She was kind enough to do so. On Thursday afternoon last week, I saw the post for the first time and realized the mistake. I could understand why so many people were angry, because the post did not accurately reflect my professional work nor my opinions, and worse because of the implications of the poorly worded post.

Once I read the post, I closed down all of my social media and consulted with my staff. I certainly didn’t want anyone else to be distressed by my carelessness, so my first course of action was to close the social media sites temporarily. I also consulted colleagues and social media experts for advice. I wanted to find a way to help those who were hurt and to prevent this type of problem in the future. At least with the sites shut down, no one else had to be exposed to the miscommunication and angry threats.

Everyone agreed that it was vital to shut down the social media sites so that the angry and retaliatory commenting was stopped. Plus the offensive post was removed. I still receive hate email, phone calls, and other messages, but at least the general public is not being exposed.

Next, I promise that all future posts will be screened by myself personally before they are sent out. You may still find something to disagree with me about, but at least I will do my best to make sure my posts are respectful, thoughtful and well documented.

Lastly, I am writing this blog to clarify what the message was supposed to be in the ill-begotten post — in case anyone wants to know. I realize that you may be convinced otherwise, but I do care about my Spectrum and Non-Spectrum clients and social media followers. I would never want them to be harmed by a careless mistake.

What I Should Have Said.

I am not going to rewrite the blog here but I want to highlight some points that got lost in the poorly edited post. These points may still be controversial to some of you, but they are based on my many years of clinical experience and the scientific research. Please bear with me as you read the following. Realize that there is a lot more between the lines.

What these authors are trying to convey is that the relationship with NTs may break down because it “feels” like a lack of empathy to NTs, when their ASD loved ones talk over them, or don’t wait for them to describe their inner experience, or dismiss their opinions outright just because the NT didn’t explain it to the liking of the Autistic person.

2. My last point is that all people are capable of being unkind and even cruel. We all have a bit of neuroticism or insecurity within, that can lead to narcissistic thinking and conduct. Autistic people are no more prone to narcissism than anyone else. All I was trying to convey in my original blog is that because of the inherent “Zero Degrees of Empathy,” as Simon Baron-Cohen calls it, Autistics can embrace narcissism as a counterweight to their lack of empathy. Neuro-Typicals find a different way to embrace narcissism. Neither way is OK.

Hate Is No Solution.

it has caused a lot of problems in the world,

but has never solved one yet.”

I have learned some valuable lessons as a result of my regrettable social media post.

Thank you for taking the time to read this long post. It just touches the tip of the iceberg when it comes to resolving problems such as we NTs find in “Life with an adult on the Autism Spectrum.” I hope that you agree with me that hatred is a waste of time and that forgiveness opens the doorway to resolution of our differences.

23 Replies to “My Mistake — My Apology — My Correction”